DevOps will streamline your IT, make your organisation responsive, break the chains of the IT department and make software testing a value generator instead of a resource drainer. Read more to find out how!

It’s Saturday night and the party is getting started, but it’s a tricky one: you don’t know anyone there, you came on your own and you’re not a conversationalist. Imagine what would happen if the music stopped and you were the only one there that knew how to get the atmosphere back? If you were the only one that could work the mixer, fade in the tracks, get the beats to match and select the killer tunes? Step aside, fat boy slim and watch me take the mic! Is this the stuff of dreams and wishful thinking? Not if you’re a tester and the tune everyone wants to hear is DevOps. Right now it’s making the request the list of a fair few companies we speak to. People keep on hearing it, it’s the talk of the IT town: DevOps will streamline your IT, make your organisation responsive, finally break the chains of the IT department and make software testing a value generator instead of a resource drainer. Your organisation will no longer be slowed by aging development cycles and constrained by the need for hardware to create testing environments. DevOps will change all of that and your company will be able to ‘dance’ with its customers in a way like never before. 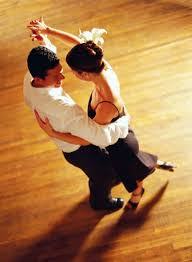 OK, you have heard this all before from other initiatives, like Agile, Waterfall, SOA and plenty more, but what is it about DevOps that makes it different and why are testers the people that will make this happen? Well, in part DevOps is trying to do something that a lot technology-related initiatives don’t usually get people in an organisation to do. It’s all about getting people to work together be they developers, testers, architects and ops. The aim of DevOps is to ensure continuous improvement, quick app development time, better QA and a more responsive process that means a company’s IT capabilities can drive its business rather than hinder it.

It’s all plain sailing right? Err no unfortunately it isn’t, DevOps is as much a state of mind as how technology is used. It’s about making sure everyone can work together with an identical set of test environments, following a standard procedure, pulling in the same direction. Whereas Agile was based around a scrum, DevOps is more of a tug of war where everyone has to hold the rope together to pull the tools, scripts, databases, testing environments and apps over the line to meet the needs of the business. There are some other things to consider too – the business case, how much time will be saved? Will the organisation save on IT spend? What sort of skills will we need to give our developers, testers and ops people? And of course there is the ‘L in the room’, yup our ageing friend ‘legacy’, how do we deal with our legacy systems? As always, these questions are never quick or easy to answer and as testers we have a reputation for putting a fly in the ointment or should I say finding the bug in the software. But it is this truculence that really holds the key to finding these answers and making DevOps work for your business.

The old adage of ‘we didn’t plan to fail, we just failed to plan’ in the IT world is actually ‘we didn’t plan not to test, we just thought we could cut corners’. Only with DevOps you can’t, it’s an all or nothing process that involves everyone in the business. The business folk know what they want but they just don’t express it in technology terms. The tester is the person that can make that business want or need a reality by working with developers, operations and architects, they are able to spot where problems are likely to occur either before they do – let’s face it you’ve tested enough code! Or while still in a stating or testing environment. The upshot being that you are the one that will get to the problem first or prevent it happening and that is when DevOps can really start to work it’s magic.

To start with the process might be a little tricky and require a fair bit of effort but for the DJ the results will be memorable well after all the guests have gone and you have your next gig to prepare for!

The Right Way to Shift Left? Start with Requirements Gathering

We all know that the earlier a defect is found, the more time and money is saved. A wide range of innovations in processes and tools have been adopted, including test automation and automated deployment suites. But we can and should do more.